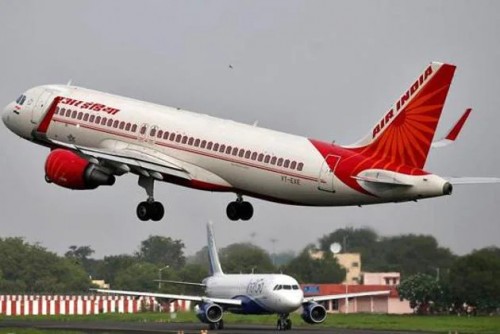 The obstinate attitude taken by an Air India pilot refused to allow a pet dog to board a flight has led to the vacation plans of a Bengaluru family going haywire.

Sachin Shenoy, an HR professional, his wife Uma, and their daughter Aarya were scheduled to board an Air India flight to New Delhi at 5.20 p.m. on Saturday. They had an 18-month-old pet dog with them and were in frequent communication with Air India staff about its presence.

"I was told that Air India was a pet-friendly airline and that I could carry it in cabin with me, and I booked through them," Sachin wrote on social media.

The pet was given a 'Fit to Fly' certificate, and its fitness was approved by an airline employee rather than a veterinarian. The pet, 'fluffy' was also granted a boarding card.

"When we were waiting at Gate No 17 of Bengaluru airport for boarding, the employees there instructed us that we could board the flight and leave the pet behind," Sachin wrote on social media.

Sachin stated that the airline employees informed him that the flight commander was not happy with the pet on board and rejected permission.

Sachin also recorded the incident and shared it on social media.

Air India responded via its Twitter account, saying, "The flight's commander was dissatisfied with the pet's cage and muzzle, thus he refused to allow it to be transported in the cabin. Our laid down guideline for the carriage of dogs on domestic flights explicitly indicates that. Pet carriage is subject to the approval of the commander of the flight."