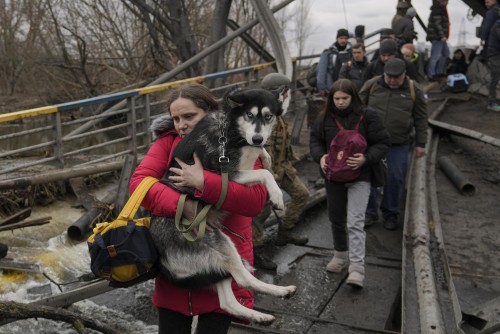 Ukrainians are fleeing the war with their pets

In the midst of the exodus of more than 2.3 million people from the invasion of Russia, there are pets everywhere that people cannot leave behind: birds, rabbits, hamsters, cats and dogs.
People fleeing the outskirts of Kiev crowded together under a destroyed bridge, carrying little belongings and leaving their vehicles on the road. But their pets remained with them. Amidst the evacuation a woman carried her dog across an improvised bridge over the Irpine River. Another at a train station in Poland choked his orange cat, nose to nose. 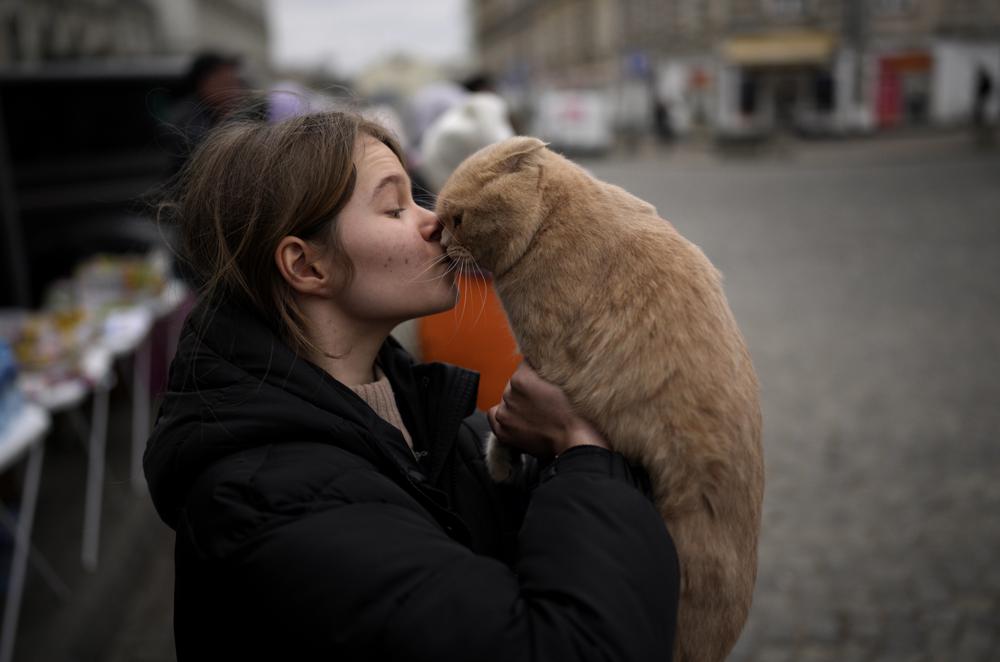 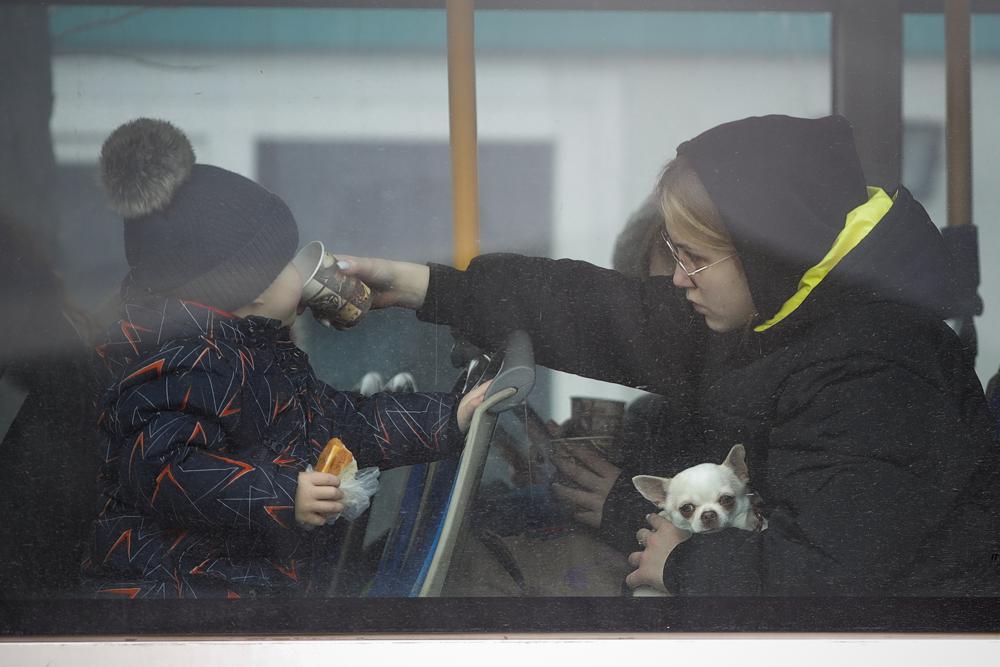 A refugee holding a small dog gives a sip of tea to a toddler after fleeing the conflict from neighboring Ukraine, as they sit in a bus at the Romanian-Ukrainian border, in Siret, Romania, Friday, March 4, 2022. (AP Photo/Andreea Alexandru) 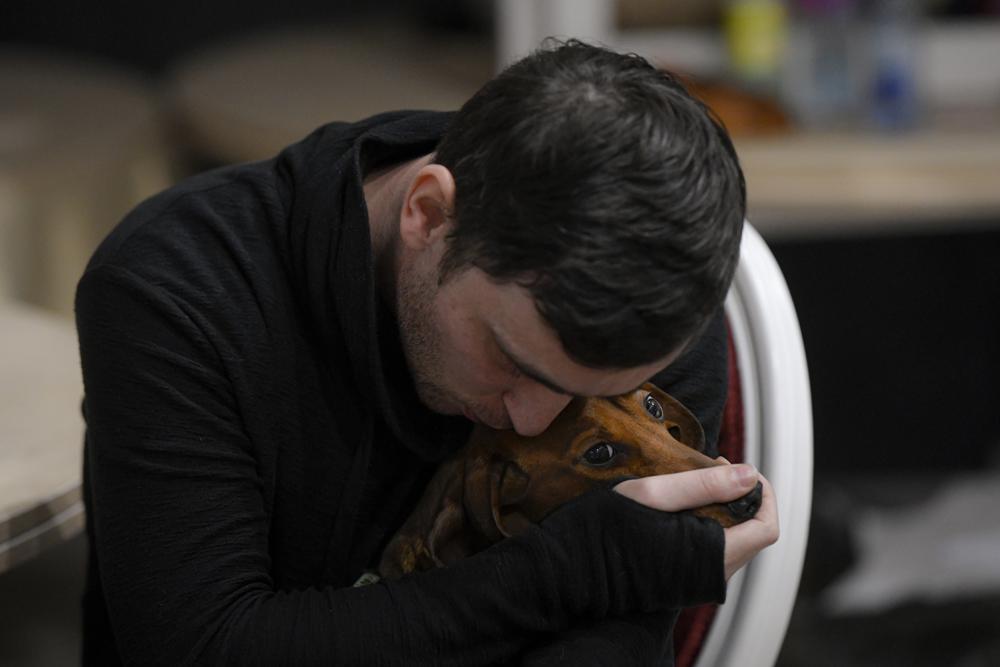 A refugee who fled the Russian invasion from neighboring Ukraine comforts his dog as they sit in a ballroom converted into a makeshift refugee shelter at a 4-star hotel & spa, in Suceava, Romania, Friday, March 4, 2022. (AP Photo/Andreea Alexandru) 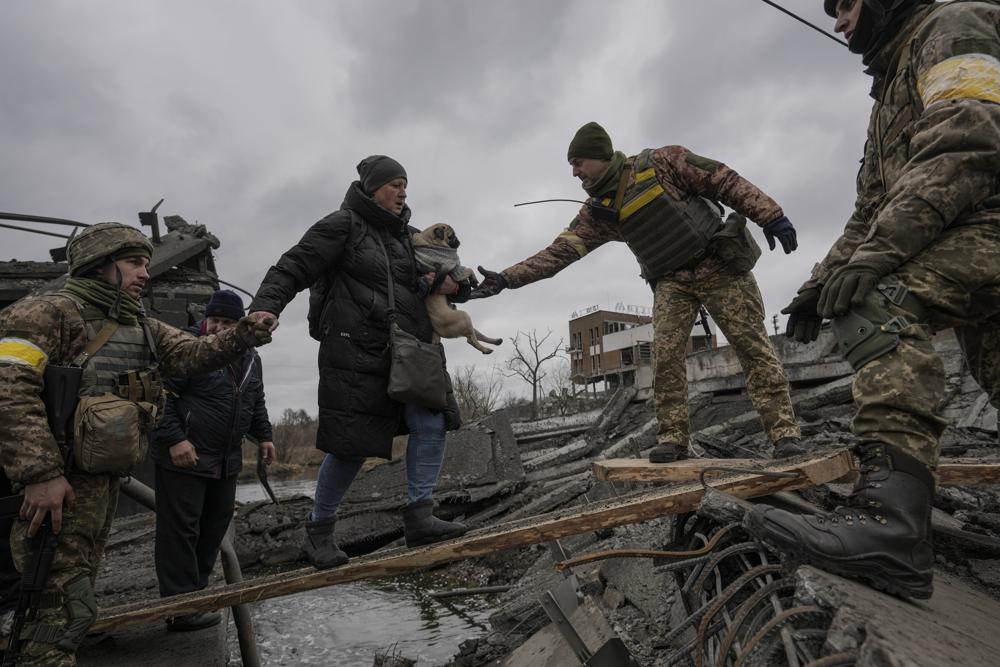 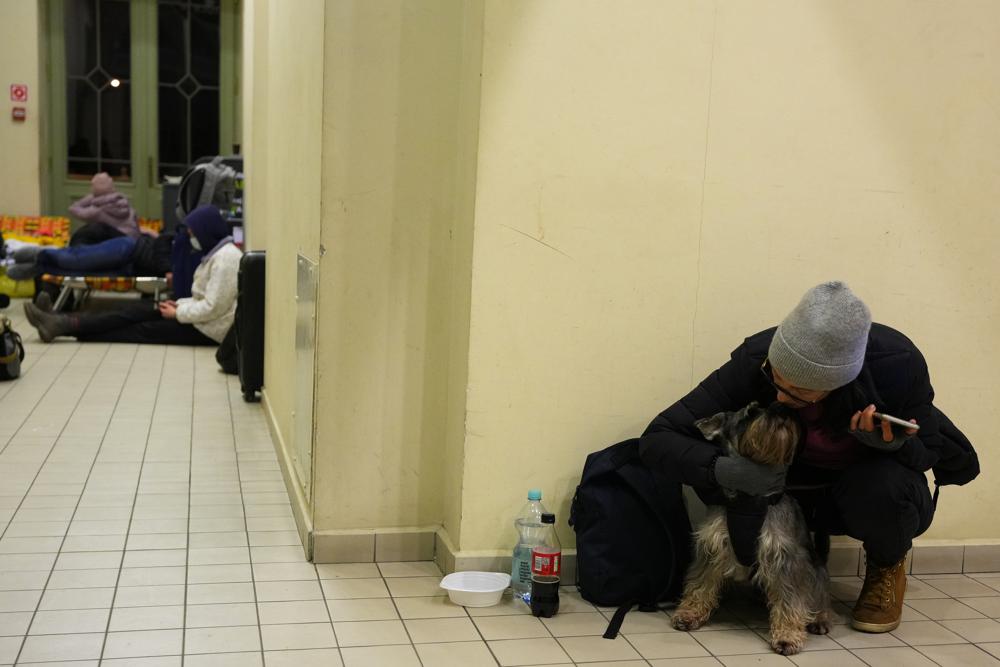 A woman from neighboring Ukraine, sits with her dog at a train station that was turned into an accommodation center in Przemysl, Poland, on Thursday, Feb. 24, 2022. (AP Photo/Petr David Josek)