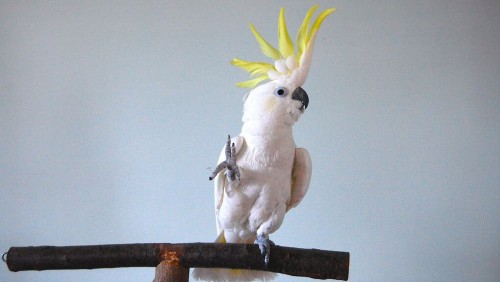 Parrots are rattling. You must have heard this thing often, but parrots can dance with swing and jhoom, it has rarely been seen before. Have you ever seen or heard a parrot swinging? A parrot is going viral on Twitter these days. The reason for going viral is his dance.

Trembling with great fun, the parrot is dancing on its cage showing full swings. The second reason for her going viral is her complexion. You must have seen a green parrot many times, but this parrot is something special. Its color is white not green. The fur of the hair on the body is also a little thicker than the common parrots, but the funny thing is that when it dances, then its whole look changes.

In the beginning of the video, this parrot is seen sitting on top of its cage. Suddenly the tune of music is heard in his ear and the parrot's style changes. On hearing the song, the white parrot first whispers and then starts dancing. In between, there is also a feeling that the parrot is wagging its waist. After this, he dances vigorously by twisting the neck and finally spreads his wings in such a way, as if he is finishing the dance by spreading his arms.

This video has been shared on Twitter by a Twitter handle named Yoga, whose caption has been given, when you like the beats. Along with this, some emoji have also been made. Seeing this style of white dancing parrot, Twitter users are sharing some more similar videos.