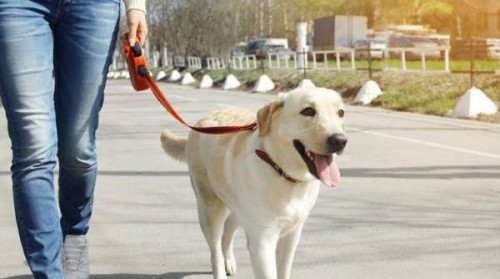 Mohali Municipal Corporation (MC) has decided to impose fines from June 1 on pet dog owners who have not registered their dogs over six months after they launched registrations last year.

Komal Kumar Garg, MC commissioner, said, "We have given the owners of unregistered pets dogs enough time, but starting from June 1, we will start fining them. Teams have been formed to search for unregistered pet dogs in their respective areas."

Also Read | why dog breeding should be illegal ?

During registration, the owner will receive a metal token emblazoned with the name and address of the dog's owner. This token must be worn at all times on the dog's collar.

While launching the registration process last November, city mayor Amarjit Singh Sidhu said those who do not register their pets will be charged ₹100 for one month delay, ₹200 for two months delay and a penalty of five times the renewal fee if they continue to put off the process thereafter.

Pet registration was important not just to ensure the safety and well-being of domesticated animals, but also to regulate how they interacted with society and vice versa, he explained.

A pet dog found to be loitering will be detained and fined ₹5,000 for its release, along with ₹500 daily in feed charges. Dogs that are repeatedly found straying will be fined ₹10,000.

Similarly, failure to control dangerous pet dogs can result in a fine of up to ₹50 per day and a maximum of ₹2,000.

If there is a rabid dog on a property, its owner will have to notify MC immediately. A local court found a woman guilty of negligence for having her dog bite a neighbour in April 2018. She was sentenced to six months in jail in November 2019. As a punishment, the court fined the convict, Minakshi, whom the court found living in the tenement in Phase 10, a fine of  ₹1,500. At the Civil Hospital in Phase 6, Mohali, about  ₹2,000 pet dog bite cases are reported every year.