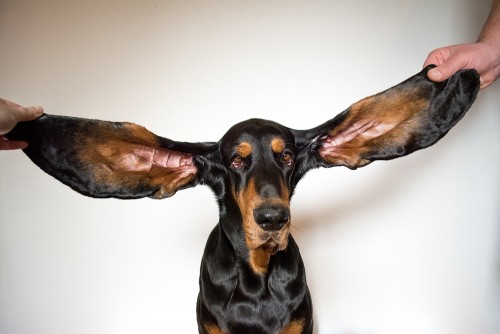 World record for longest ears on a dog

The Guinness Book of World Records has many such records, Seeing whom people are stunned. In this book, not only humans have records related to animals. In this episode, today we are going to tell you about a dog. Whose name is ear length dogs living on earth Is the longest.

The dog we are talking about, This 3-year-old dog living in Oregon, USA has an ear length of 13.38 inches. You would be surprised to know that they officially have the most live dogs, So he is included in World Records.

Lu's mistress Paige Olsen says that when she first saw it, she fell in love with it and adopted it. Her boss says she always knew about her dog's long ears, But he had never measured it before, But he always paid attention to her long ears.

She often thought of measuring Lu's long ears, But due to lack of time, she used to postpone this work till tomorrow, Eventually he decided to measure it during the Corona epidemic. When Lu's ears were measured, it turned out to be 34 cm by 13.38 inches

After which he informed the matter to the Guinness Book of World Records and for this achievement, Lu's name became famous all over the world